When you’ve spent most of your life in the company of hunting dogs it hardly occurs what things would be like without one. When I was a kid I never really considered our spaniels and labs as hunting dogs. To me, they were just dogs. In the off season they were pets and companions. And they were always around.  It seemed second nature then, that when I walked or pedaled my bicycle down the road a dog would be at my side or when my dad’s car door opened a dog would either slip in or hop out, depending on if the car was coming or going. Feeding the dog after supper was a chore that I more or less assumed everyone did, though when my buddies and I got together for a whittling session with our pocket knives or a backyard football game, it seems the only dog there was mine. When autumn came the same dog flushed and retrieved every sort of game we could get a shot at. There was nothing unusual about it: just normal living. 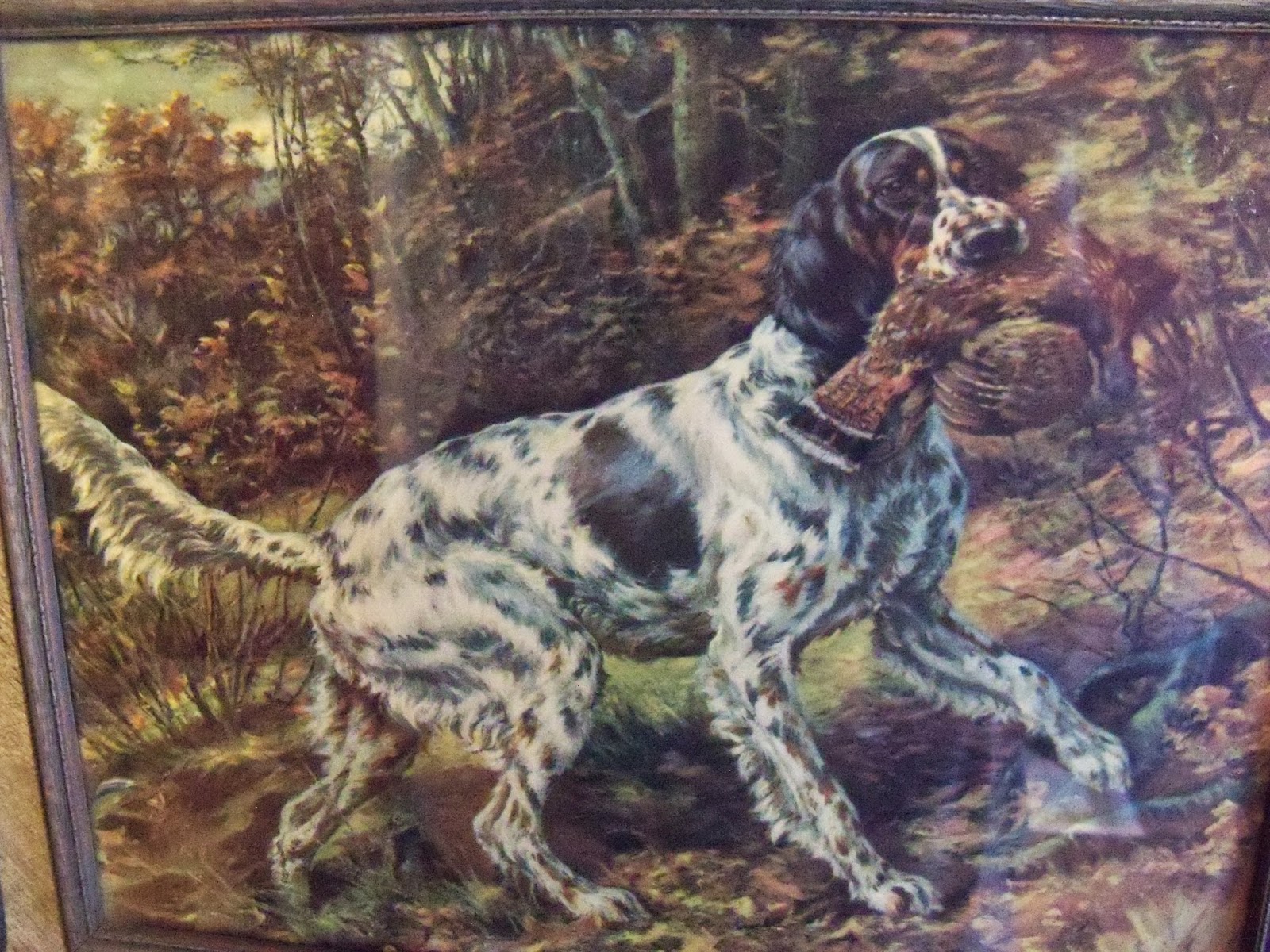 I remember when I was in my twenties, working a tough and dirty nightshift job, I would spend long and monotonous hours in a perpetual daydream about hunting grouse over an English setter. I was getting pretty well settled in my own home by then and spent my free time hunting and fishing. I had a big liver Springer spaniel named Tyler who was a pretty good dog, but I’d starting reading a lot of sporting literature by then and I couldn’t get the vision of that pointing dog out of my head. I’d shot plenty of birds over Tyler, but grouse often flushed the wrong way and I started believing I would get shots at every grouse if only I had a pointing dog. And while I entertained that fantasy, I reckoned the right dog would make me a better shot, as well. 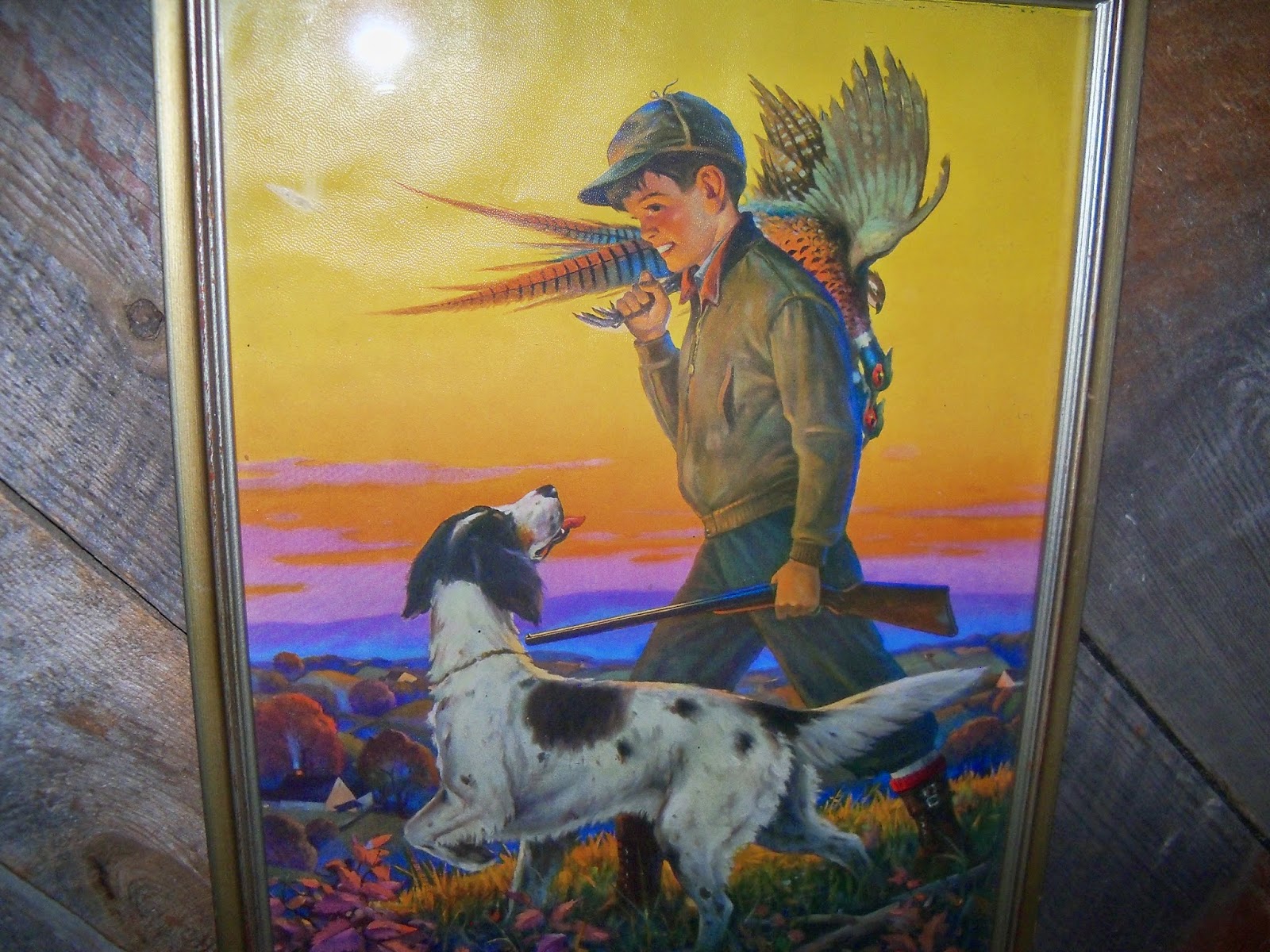 Even though I’d never seen a pointing dog in action, and the fact that I grew up with Labs and springers, there was never any doubt when the time came the breed for me was a setter. I didn’t realize it at that time, but the vision of pointing dogs may have been sort of imprinted in my head since I was a little boy. It took a while, but when my folks were moving and selling their big house they asked me to take what I wanted from my upstairs bedroom, which was pretty much the way it was since I’d left. There were two old framed prints that had hung on the wall all the years I lived there. One depicts a tri-color setter retrieving a grouse, and the other shows a proud boy hiking home with a trio of pheasants (including one hen) slung over his shoulder and a setter at this side. These were the pictures I saw every day as I was growing up. And my dad has a couple of old paintings and even some jigsaw puzzles that portray various English, Irish, and Gordon setters and English pointers locked up, oddly enough, on flushing mallards off a pond. Most of this art belonged to my grandfather who loved his spaniels, but the popular sporting art of those long past days was apparently pointing dogs. Whether I noticed it or not, this stuff was part of my daily life and I suppose it’s obvious how it impacted me. Back then I never imagined smartphones or gameboys but I was living large with a jackknife in my pocket and a dog at my side! 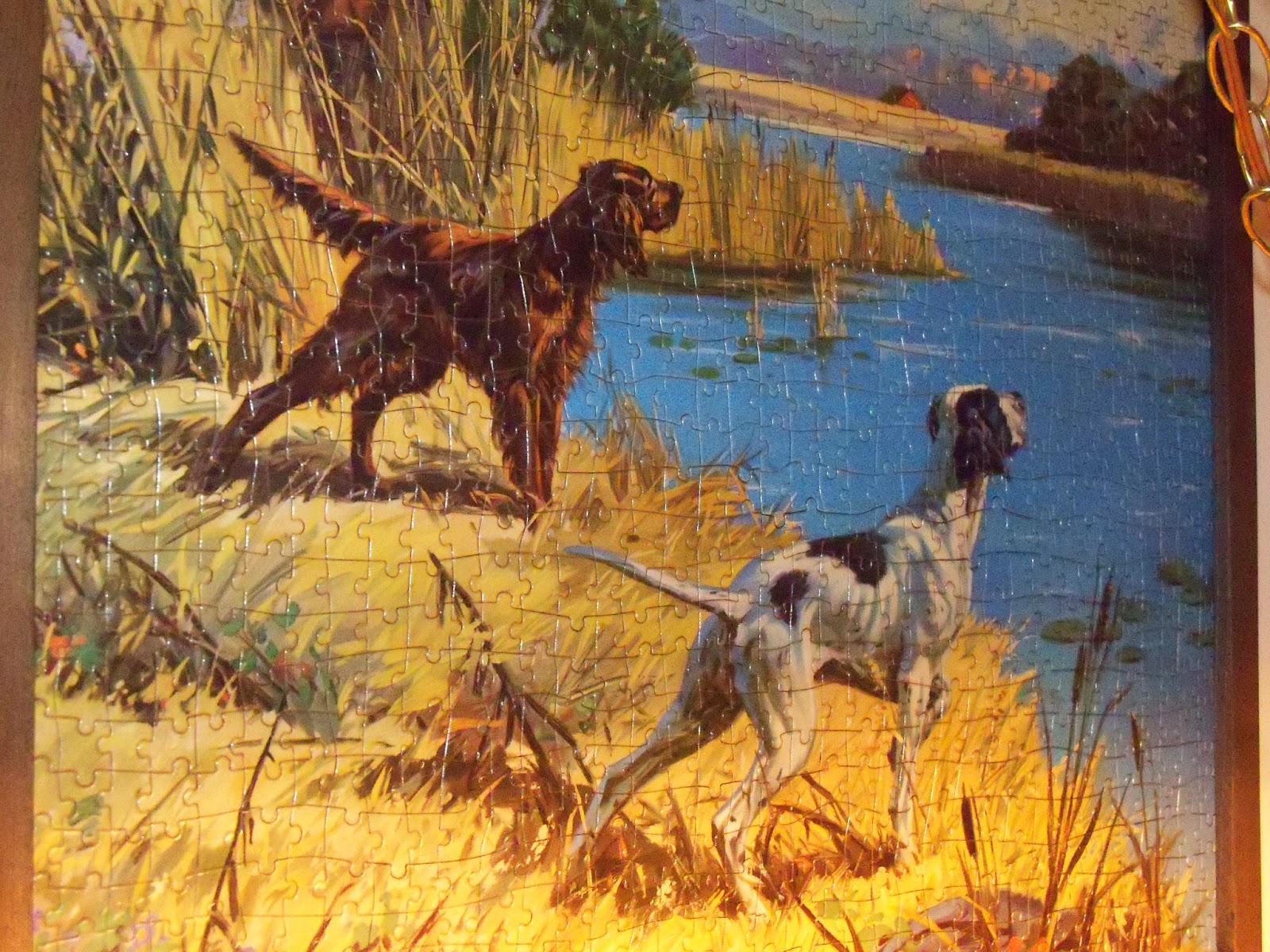