He sat his five year old son in the middle of the boat along with Queenie, a yellow Labrador, and poled them into the marsh. After pushing the boat into the bullrushes he stepped out in his waders, grabbed a little stool made from a 2x4 with a piece of plywood nailed on top and pushed it into the mud to sit on. He was only a few feet from the boat, watching out over the boy and the decoys and occasionally whispered, “...quiet now, here they come.” The boy watched fascinated when the ducks appeared overhead and his father rose with shotgun and dropped a duck or two into the decoys. “You got 'em, Dad!” The big splash of Queenie hitting the water was exciting and the boy stared wide-eyed as she returned with the prize. “She got it, Dad, Queenie's got it!” Laughter followed a shaking Labrador retriever, the boy held a duck with shivering hands while the man grasped the boys shoulder as if the boy had done the shooting.

Often cold and wet, sometimes bored, the boy couldn't get enough of hunting with his father. And his father seldom went without his son. As time went by he taught the boy to shoot, the dogs changed from a range of retrievers and spaniels, and they hunted the marshes and upland as partners – or so the man made it seem. And they fished the rivers and lakes, often with Mom and Sis. Unforgettable, it may have been for recreation, it may have been for fun, it may have been for spending time together. There's no way to measure the appreciation and lessons that were being instilled. 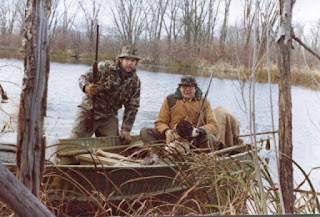 He came from a large family, that man, and hunting and fishing were important sources of food. Still, he took his game fairly, over a dog, wing shooting. That's style. And he probably had many opportunities to cheat – maybe a bird or trout over the limit – but that wouldn't occur to him. That's class.

He fished for trout, walleye, pike, and panfish to supply suppers, but dawn would often find him rowing along the lily pads tossing big Jitterbugs and Crazy Crawlers with an old South Bend casting reel. He loved the explosive surface strikes of bass and it was all sport for him. He taught the boy casting and how to thumb a spinning spool of braided line with just enough pressure to avoid a backlash, and that took patience, lots of it! 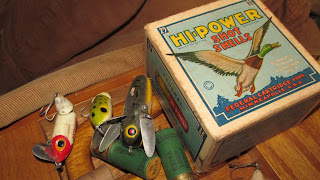 He hunted and fished when he could and worked hard making a home for his family. There wasn't much time for reading the outdoor magazines, but he was the kind of man those writers wrote about. He served in WWII but never bragged or boasted about himself, though he would sure talk about his family, his friends, and his ever present beloved canine companions. 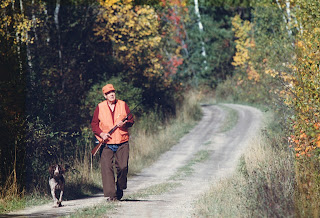 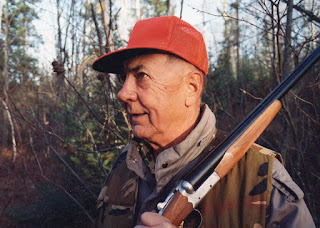 There's no stopping time, and he walked the woods with his spaniel until he just couldn't, anymore. So he stayed home caring for his lawn and flowers, and helping the neighbors. In his cupboard he had a bowl full of his neighbors house keys. They all trusted him to watch their homes when they were away. All of them. He and his springer spaniel Otis were known all over town. He was the kindest man I've ever met. Even in his last hours his eyes still twinkled and he managed a smile. A son's hero. 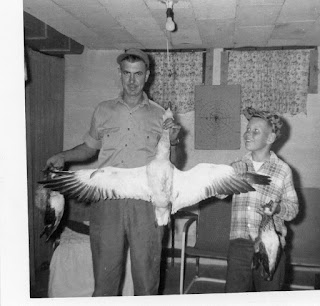 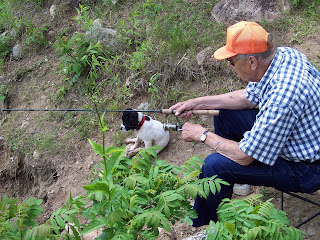