A couple of weeks before, we’d had a musky up to the boat that we couldn’t get in the net. It had hit my big articulated dual hook red and black streamer and came halfway out of the water on the take. Minutes later and after a comedy of errors that had me jumping out of the boat, the fish under the boat, and my line wrapped around the boat sawing at my leader, the fish broke off. It was the biggest musky I’ve had on my fly rod.

I had another on later that struck at the bank and held on until it was at the boat. Then it just let go and swam off. A nice musky rolled at Scott’s big fly but no hook-up. Then we watched an even bigger one chase a sucker across the shallows right up to the grassy bank. After a splashing attack the musky swam back to and under our boat with the big sucker crossways in its jaws. Scott's biggest flies were no match to that kind of meat.

Those big predator fish start hitting in the fall, right? Everyone knows that. We saw those four muskies in the morning. Things must be starting to get good. There was still time and we’d get after ‘em again. I went home and tied a couple more jointed flies. Scotty got a bigger net. A plan was devised. 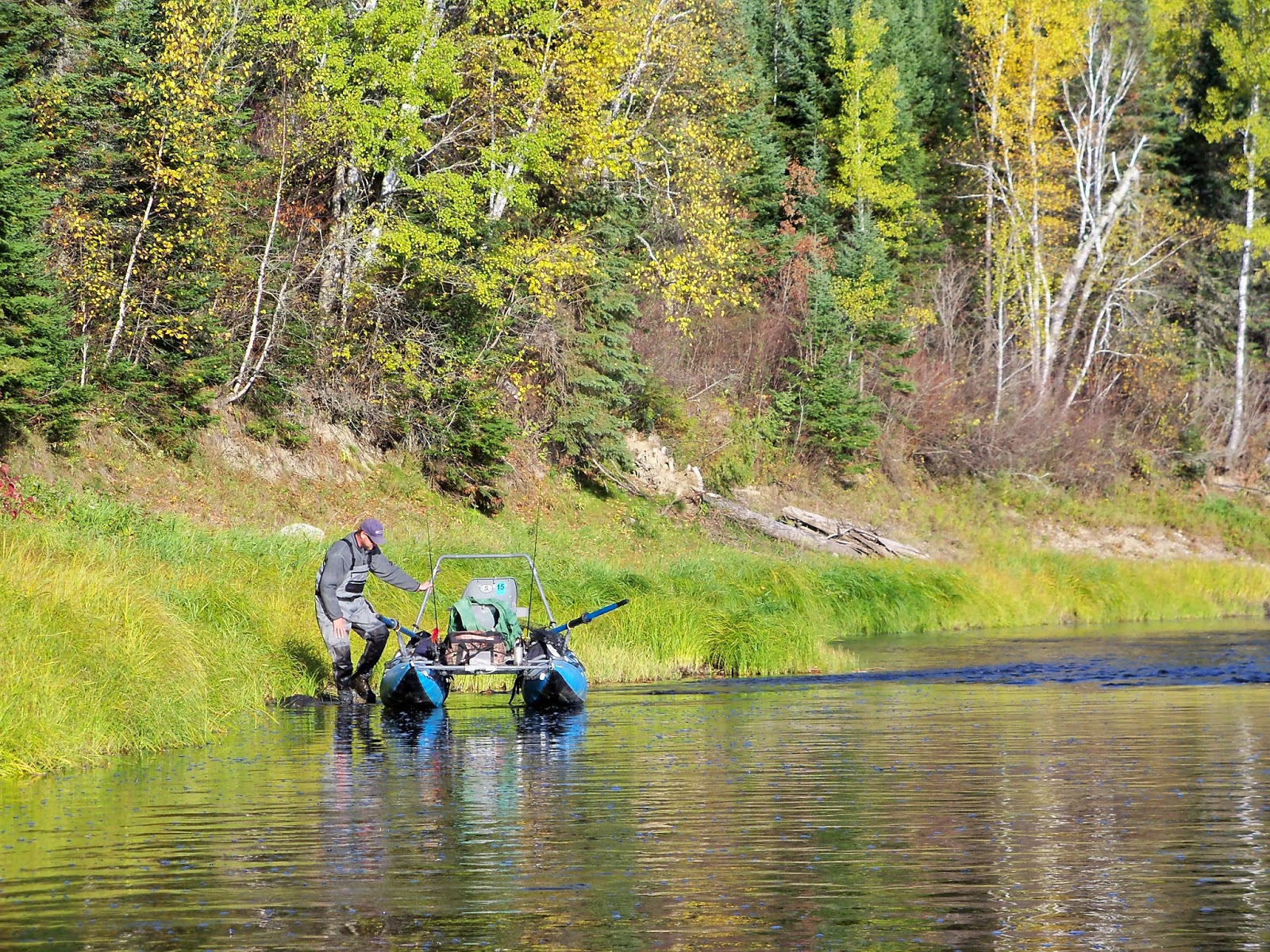 It couldn’t have been a prettier autumn day. We were rigged and ready. Likely the last trip of the year and muskies were the target. Big Autumn Muskies. Yes! Some seven hours later we found the take-out in failing light. Shoulders hurt from casting big flies in stiff breeze. Shoulders hurt from rowing. Sore shoulders from fighting fish? Hands sore from palming the reel? Nope and nope. 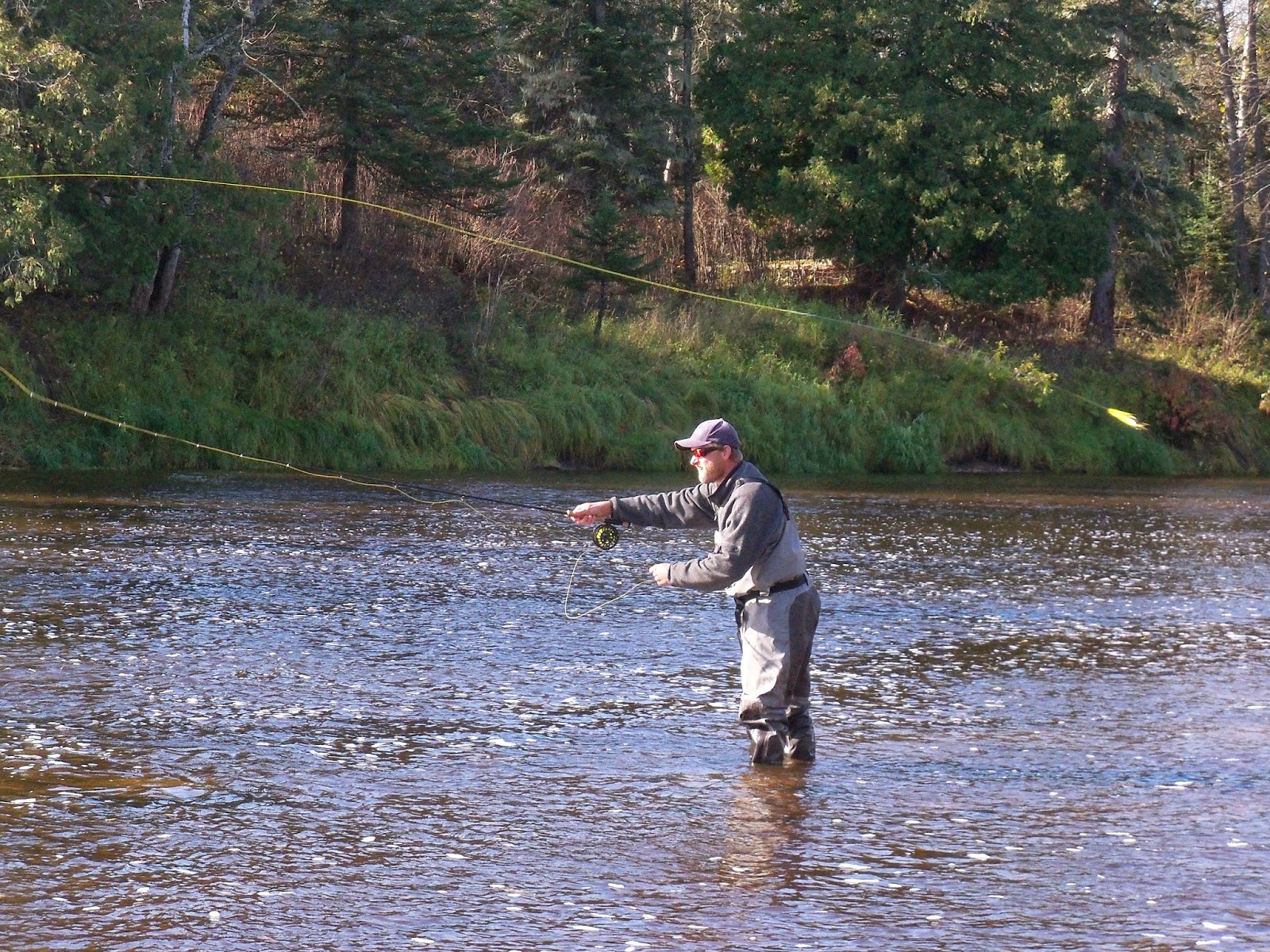 The worst day fishing is better than the best day working, we all know that, too. This was the only trip of the year where no one got a strike. Maybe it was fitting. Maybe a good way to end a season’s fishing. Sure was a pretty day, but we were both glad it was over.